As 2019 draws to a close, the internet has started circulating the "Decade Challenge," asking users to share photos of themselves from 2009 and 2019, accompanied by a short description of everything accomplished during the past ten years. For most people, the differences between the pixelated digital camera upload from 2009 and the "Portrait-Mode" selfie from 2019 are immense. But for actress Alexis Bledel, the side-by-side comparison seems to be identical.

Behind the airbrushed skin and large blue eyes, a lot has changed for Bledel professionally in the past decade. When her defining role of Rory Gilmore came to a close in 2007, Bledel spent a few years trying to break out of the sweet and innocent mold Rory created for her. She took a few guest starring roles on ER, Mad Men and Us & Them and played featured roles in the films The Good Guy, The Conspirator, and Parts Per Billion. In 2016, she even returned to Stars Hollow for a four-part Netflix special called Gilmore Girls: Day in the Life. But it wasn't until her shining role in Hulu's The Handmaid's Tale that Bledel's career really seemed to shift. In 2017, Bledel played Emily Malek and ended up winning an Emmy Award for that guest role. This led to a recurring role in the critically acclaimed show that will continue into 2020. Bledel will also return to the big screen in the next few years as Lena in the third chapter of Sisterhood of the Traveling Pants.

However, while Bledel's roles and career-defining moments have changed, her side-by-side "decade challenge" shows gorgeous skin that seems to be unaltered over the past ten years. Indeed, Alexis Bledel's ageless skin became a topic of conversation in 2016 when she returned as Rory Gilmore - looking as if she hadn't aged a day since the final episode in 2007.

The celebrity credits aesthetician Brigitte Beasse for her flawless complexion. Beasse has worked with Bledel for over ten years and applies regular facial treatments that target skin concerns. Her patented five-step process involves a deep cleanse with mineral oil; a pore cleanser finished with a high-frequency current treatment; a professional-grade serum that deposits vitamin C and Lactic Acid; an alginate mask that tightens the skin; and a cream moisturizer packed with antioxidants.

While this may seem like a ton of steps, the proof of Beasse's effectiveness is written all over Bledel's clear wrinkle-free skin. Maybe these tips could come in handy before the next "decade challenge" takes over social media. Wouldn't it be wonderful to keep your same clear skin through 2029?

brigitte BEAUTÉ’s mission is to offer solutions with a unique and individual skin care expertise dedicated to each woman, man and teenager. 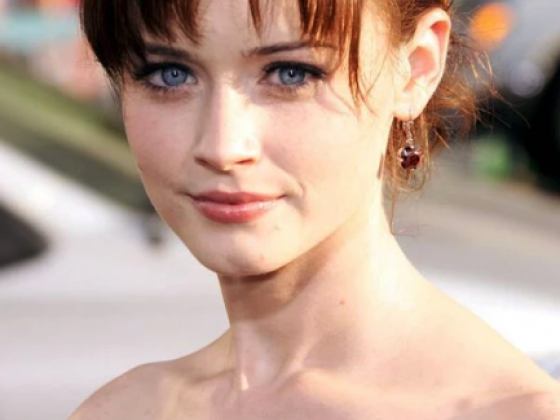